Who’s in Your Clique? 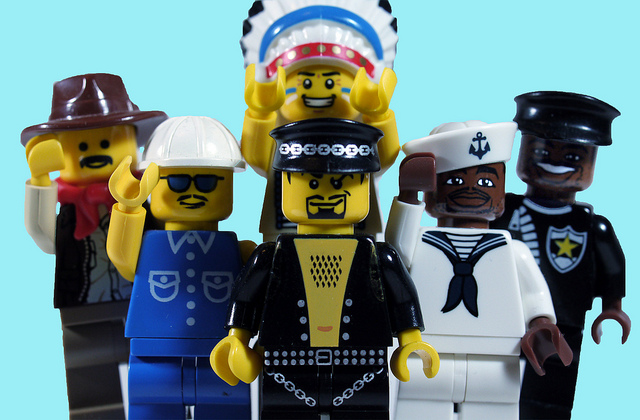 When you look at all the students walking around campus, what do you see? Everyone’s an individual, right? Not really. If you look harder, you’ll notice that there are groups of people who dress in a similar way to each other, and only hang out with people who dress and speak like they do. Social life at university is much more complicated than it was in high school, when it was just the cool kids and the nerds.

These tribes are usually called cliques, but sometimes they are also subcultures. What is a subculture, you ask? Scholars of the subject say that when the culture at large doesn’t meet the needs of young people, they form a subculture group. Such a group offers alternative values and norms, identities and social status. Young people want to be able to create their own rules and norms, independently from the adults who raised them. Growing up is a process of finding out who you are, and defining your path as an adult.

Some examples of subcultures are goth/emo, skater and hip-hop culture. Each group has its own style, and particular musical tastes. Then there are the hipsters, who seem to always be trying to outdo each other in wearing the weirdest outfits. With more and more people having access to the internet, South Africa is being influenced by other cultures on a global scale, so you’ll find the same types of hip-hop heads, for example, on university campuses in New York, Paris and Jozi.

Why do so many young people feel the need to belong to a particular one, rather than just being themselves? What’s interesting about South Africa is the role musical and fashion choices divide young people. While universities and society as a whole are still quite segregated in terms of race and ethnicity, things are slowly becoming better and more integrated, and you’ll often find young people from varying backgrounds who belong to the same group. The group is held together by shared tastes, which differentiate it from other subcultural groups. It seems, then, that we humans will always find a way to differentiate ourselves from others, as well as belonging to a particular tribe.

© 2021 Affordable student accommodation in Braamfontein that is clean, safe and supports academic and social development.. Designed & Developed by Electric Pencil