What Type of Parent Are You? 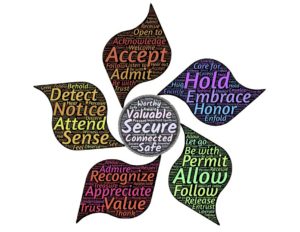 As parents, we want the best for our kids – but that doesn’t mean that we get it right every time. Unfortunately, there’s a fine line between being a supportive parent and getting too involved, and between giving a child their freedom and being absent in their lives. Below, we take a look at some of the different types of parents that you definitely don’t want to be…

The ‘I Want to Be Hip’ Parent

This is the parent who asks their child if they can tag along the next time they hit the clubs. They fancy themselves as pretty darn cool and are keen to prove this fact to their offspring – much to their horror.

The ‘I Wish I Could Do It All Over Again’ Parent

These parents tend to live vicariously through their kids, often dishing out unsolicited advice and asking lots of way too personal questions. They think they know it all and love to coach their kids through everything, even if they’ve never even done the particular thing before themselves.

This type of parent is also often unwilling to let their children make their own mistakes, which can leave them fearful and indecisive.

The ‘Don’t Worry, I Got This’ Parent

These parents don’t care what they have to do to guarantee their child’s success. They’re the parents who intimidated teachers who gave their kids poor grades in high school until they agreed to change them. They make sure that doors always open for their children. Unfortunately, this means that their kids never really learn the value of working hard to achieve something and are never allowed the privilege of failure and learning how to get back up again.

The ‘It’s Not My Fault’ Parent

These are the parents who refuse to take on responsibility for their child’s behaviour and challenges – and who are especially relieved when their kids finally reach ‘adulthood’ so that they can use the excuse ‘oh well, they’re adults now!’. They’re all too happy to let them fly the coop and are often quite uninvolved in their lives.

The ‘What’s Wrong with You’ Parent

These parents do not take their children’s failures very well. They tend to have short tempers and expect close to perfection in all aspects of their offspring’s lives. They’re often quick to pass judgement and can be the cause of low self-esteem and anxiety in their kids.

The ‘Do Your Own Thing’ Parent

These parents believe that the only way a child can learn is through making mistakes. They provide little guidance and put few rules in place. This often leads to a child who can’t abide by boundaries and may have trouble following rules at school and upon starting university.

The ‘It’s My Way or the Highway’ Parent

These parents are extremely strict and are the exact opposites of the ‘Do Your Own Thing’ parents. Surprisingly, the result is usually quite similar – kids who have a problem with authority and who may go off the rails a bit.

Ultimately, we have all been one or more of these types of parents at least for a small amount of time as our kids have grown up. There’s no manual when it comes to parenting, after all! There’s no shame in it as long as we strive to do better.

The secret to parenting a young adult at university? Let them know you’re there for them when they need you, that you believe in them and that you’re proud of them no matter what! A little bit of extra cash in the piggy bank never hurt either…