What it means to fail and why you never really do 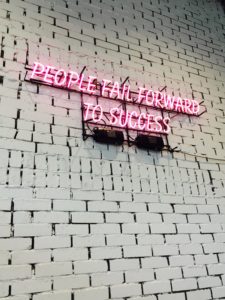 Ever feel like you’re just failing at life? A failed exam, a failed relationship or a failure to achieve a goal can have a significant effect on self-confidence. But failure isn’t all that big of a deal. All failure really is, is the opposite of success. So what does it mean to fail?

In today’s highly pressured world, failure is loaded with so much more meaning. It’s like the boundaries have shifted, and we equate failing at a specific task with feeling like a failure in general. No wonder so many people have self-esteem issues!

Change your perspective on failure

A lot of our feelings about failure are tied to our self-esteem. We put pressure on ourselves to be the best. We tell ourselves that failure is not an option. Because we have such high expectations, failure is far more devastating than it should be. A failure in one area of your life does not mean that you are doomed to fail forever.

When you were a baby, did you simply get up and walk one day? No! You fell over many times, before you got it right. When you learned to read and write, the same thing happened. You made mistakes, but eventually, you got it right. No one ever does anything perfectly the first time round.

Failure is an opportunity to learn

Behind every successful person, is a road littered with many mistakes. Failure is a vital part of becoming a success because it is through mistakes that we learn. Instead of focusing on the negative, you should look at failure as an opportunity to see where you went wrong, and to make changes in your process, actions and behaviour. So that next time, you can do better.

If you’re feeling like a failure, know that you’re not alone. But also know, that the negative emotions of fear and worthlessness are mostly in your head. Change your perspective and focus on the positive. And remember, the only time you can fail from failure, is if you fail to learn.