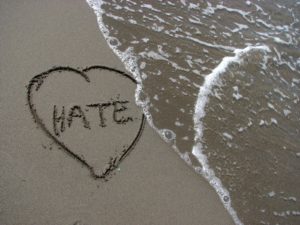 Your actions could get you thrown out!

Everyone’s doing it; retweeting, sharing information, and liking all sorts of social media posts. At times, it seems that the more controversial the posts, the more likely they are to go viral and spread like wildfire. However, is it possible that your post or participation could get you into trouble? Yes. It can, and if trends are anything to go by, it will.

The notion of “safety in numbers” does not hold when you create, contribute or share harmful content. Don’t be deceived by the whole “freedom of speech” shade that many misuse to cover up anti-social, harmful online trolling. You can be held liable for participating in harmful posts, particularly if they are breaking the law.

Harmful posts may be a breach of social media policies of your academic institution, work or constitution. Engaging in such can lead to dire “punishable” actions and is really not advisable.

It is also worth mentioning that courts the world over have taken strides in holding people liable for their harmful social media posts, even in instances when they were not the originators of posts.

What’s the worst that can happen?

Even with the South African statutory laws introducing the Electronic Communications and Transactions Act (ECTA) back in 2002 as means of governing electronic transactions, it was clear that digital users should use the digital space knowing that they have rights and responsibilities.

It is easy to think that just because many are trolling or spreading controversial, unfounded information on social media, there’s safety in numbers. The reality, however, is that your posts could get you into serious trouble with the law as well as possibly lead to you being suspended or kicked out of your tertiary institution, student job or employment.

A local (South African) example of such an instance can be in the case of Isparta v Richter, in which someone, who was merely tagged in a malicious and defamatory post, was found liable for it. Even if you are aware of a derogatory post and someone else is tagged in it, and you don’t take down the post or intercept when you can; the court can hold you liable.

There are also several examples where South African tertiary students had their bursaries withdrawn, they were kicked out of sponsorship deals and had varsities and their places of employment kick them out because the students participated in sharing hate speech and using derogatory speech on social media.

What can be considered to be harmful posts?

The next time you are about to post or contribute to a harmful post that can live on in the long-lasting, digital and potentially viral world, think twice before doing it and refrain from such actions. Stay away from social media posts and activities that propagate the following:

Your social media posts and engagements may dampen your prospects of finishing your studies by getting you kicked out, and having future employers turn the other way. You need to think before you post. Your student life and what you do now can impact your entire life. Don’t let one post dare to dampen your future. It’s not worth it.