The responsibility that comes with a driver’s licence – Parental Guidance 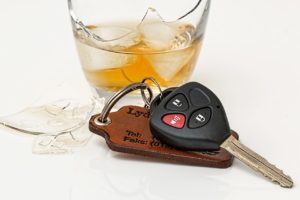 When your teen turns 18, they are officially eligible to take their driving test and, upon passing, to receive their driver’s licence. This is an incredible milestone and one that you and they are sure to feel very proud of. However, driving is a privilege that also comes with immense responsibility, and it is important that every parent informs their teen how and why to drive cautiously and courteously at all times.

According to a report by IOL, the death rate of young South African drivers is at least five times higher than that of older people. Furthermore, car accidents are the leading cause of death amongst people aged 15 to 29 years old. The question is, why?

Ultimately, a lack of driving experience plays a notable role in these statistics. It is easy to understand how a person is able to become a better driver the more time he or she spends on the road. However, this isn’t the only factor at play. Youngsters, as with most things in life, tend to be more reckless than older adults. They take more risks, act without thinking and, in many cases, are geared towards doing things to impress their friends, such as driving fast or attempting to perform ‘tricks’ on the roads. They will also be more likely to make poor decisions before getting behind the wheel and are often more inclined to drive under the influence of drugs or alcohol.

With all of these points in mind, here is some advice on how to guide your teen toward safer, more responsible driving.

With a bit of guidance and education, most youngsters will adopt better driving habits and reduce their risk of injury or problems on South African roads. Here’s to a brand-new chapter in their lives and an exciting new journey!