The Impact of Cocaine on Your Health 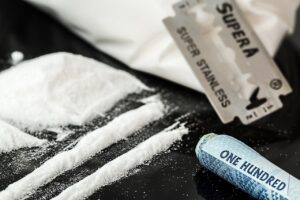 Drug addiction is a global problem, and South Africans are far from immune. In fact, according to statistics released by the country’s Central Drug Authority, it is estimated that around 15% of South Africans use drugs on a regular basis. One of the most commonly abused drugs is cocaine. The reality is that cocaine, or ‘coke’, ‘nose candy, and ‘flake’ as it is called on the street, can lead to several health problems and long-term damage that could negatively impact one’s quality of life, for the rest of their life.

Below, we highlight the various consequences associated with snorting cocaine, as well as provide you with resources to turn to if you or a loved one need to seek help to overcome an addiction.

It is unsurprising that snorting cocaine causes both short- and long-term damage to the mucus membranes of your nose.

Keep in mind that any damage done to the inside of the nose is irreversible.

Coke has the potential to severely damage several organs in your body. For example, it is known to limit blood flow to one’s digestive system, often resulting in the development of ulcers and tears. Furthermore, the drug can significantly impair users’ appetite, hence the reason why many coke addicts are underweight and malnourished.

Along with your digestive system, coke has negative effects on your heart too. Scientists have found a close link between abusing cocaine and an increased risk of suffering from a stroke, heart attack, aortic ruptures, and inflammation of the heart.

Coke impacts one’s cognitive functioning in many ways. Research suggests that it may impair a person’s concentration ability, memory, and motor skills. It has also been closely associated with the development of Parkinson’s Disease later in life.

How to get help

The South African Depression and Anxiety Group (SADAG) makes it easy for you to contact a counsellor online here.

Make the choice to lead a healthier, drug-free lifestyle and do not hesitate to seek the help and support that you need!