The Anatomy of Body Dysmorphic Disorder 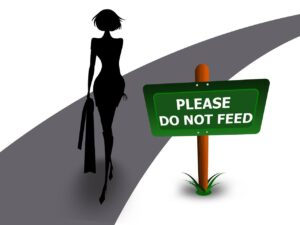 Body dysmorphic disorder is becoming increasingly common and often plays a role in worsening other mental illnesses, such as anxiety and depression. The question is, what is it? Who is at risk of suffering from it? And what can be done to overcome and treat it? Below are the facts.

What is body dysmorphia?

Body dysmorphia is a condition that makes it impossible for a person to perceive their body as it actually is. In their minds, they are never attractive enough, especially when they compare their bodies to the bodies of others. Individuals with Body Dysmorphic Disorder (BDD) will obsess over their appearance and will never be satisfied with how they look even after taking action to change the ‘flaws’ that bother them so much.

What are the symptoms of BDD?

The symptoms of BDD are:

Who is at risk?

Literally anyone can suffer from BDD, although it is most common in teenagers, females, and in individuals who have been diagnosed with another psychiatric condition. There is thought to be a genetic link, so if a relative is diagnosed with BDD or OCD (Obsessive Compulsive Disorder), there is a slightly higher chance that you could be too. Perfectionists are also more likely to suffer from BDD, as are people who have been subject to negative life experiences, such as abuse or bullying.

Currently, the condition is estimated to affect up to 2% of the global population.

How is BDD treated?

Treatment cannot start until the person has been diagnosed with BDD by a mental health professional. From there, cognitive behavioural therapy is often the go-to approach for treating the condition, and it is primarily focused on teaching the sufferer how to handle urges and challenge negative thoughts. In some cases, medication will be required to assist the individual in their recovery. This medication usually takes the form of selective serotonin reuptake inhibitors (SSRIs), which are often used to treat depression.

If you think that you may have BDD and you are struggling with suicidal thoughts as a result, please seek help immediately. Contact SADAG on 0800 567 567.