Staying In When You Want to Go Out: Top Movie Recommendations 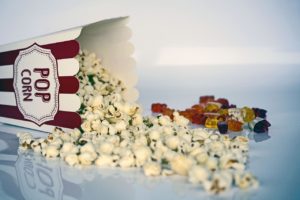 Staying in when you want to go out can feel like a complete loss of independence, but it isn’t half as difficult when there’s something great to watch on TV. With this in mind, we have gathered a list of classic film favourites based on genre to help keep you entertained over the course of the next few weeks and months. Stay safe – stay home!

For the action lovers

Who doesn’t love a fast-paced action movie? If you can’t get enough of the stunts and the suspense, you won’t ever go wrong with movie recommendations like Die Hard and its various sequels. They are true classics for a reason and fans will insist that you can watch them over and over again without ever getting bored.

Also, be sure to celebrate the scheduled release of Bad Boys for Life later this year (hopefully) by re-watching another old favourite – Bad Boys with Will Smith and Martin Lawrence.

For the film noir fans

Those who study TV and film, or those who simply enjoy tuning into these old school masterpieces, will adore movies like The Maltese Falcon (1941) and The Third Man (1949). The latter sees Orson Welles in the starring role and is a go-to for film buffs from around the globe.

For those who need a good chuckle

There is nothing quite like a hearty belly laugh to get you through difficult times. As such, we all need epic comedy films now more than ever! Have a decent giggle watching Along Came Polly, starring Ben Stiller and Jennifer Aniston, or check out Little Nicky or 50 First Dates with Adam Sandler. All of these movies also have an element of romance in them, so you can be sure that bae will enjoy them just as much as you do.

For the horror junkies

It’s time to return to the movies that set the tone for all other horror movies to follow. Think The Silence of the Lambs with Anthony Hopkins taking the role of Hannibal Lecter, and Alfred Hitchcock’s, Psycho. Don’t watch either of these before bedtime, though. You have been warned!

For those who are crazy about cult classics

No more wondering what to watch! Don’t forget to share your top movie recommendations with us on our Facebook page. Your fellow social distancing students will thank you for it!