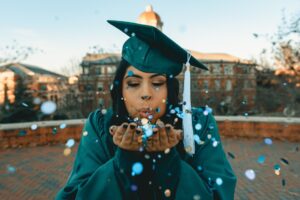 If you’re worried about how your South African university degree is perceived internationally, there’s really no need. Our SA university rankings bode well for South Africa tertiary education when compared to institutions across the world.

ShanghaiRanking Consultancy recently published the 2020 Academic Ranking of World Universities (ARWU). This is a list of the top 1 000 global tertiary institutions, and 9 of the best South African universities are featured. 1 000 may sound like a big number, but when you consider that there are hundreds of thousands of colleges and universities all over the globe, being included in the top 1 000 is actually pretty amazing!

According to the ARWU ranking, these are the best universities in South Africa, in order:

How are the university rankings calculated?

Tertiary institutions are given a score out of 100 based on the following criteria:

Which universities are the best ranked globally?

Harvard University in the USA came out tops with a perfect score of 100. Stanford (USA) and Cambridge (UK) placed second and third respectively. Other famous universities like Berkley, Princeton, Columbia and Oxford all placed in the top 10.

So… if you’re attending one of the top 9 South African universities, and you’re wondering if your degree is good enough to receive international recognition… remember, you’re actually in the top 1 000 in the world. And that’s nothing to be ashamed about!