Paying Your Tuition Through Crowdfunding is Now a Thing 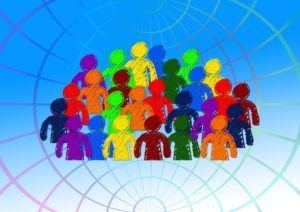 By now, you have probably heard all about ‘crowdfunding’. You know – the act of generating funding for a specific purpose via the internet by raising small amounts of cash from a large number of people? Well, it turns out that it’s a great way in which to source funding for your tertiary education, as many local South African students proved this year.

Disheartened when they received word that they had not been successful in obtaining bursaries or scholarships, countless students took to the internet to make their dreams of furthering their studies come true.

Nokuthula Maduma, a Bachelor of Accounting Science student at Wits, was just one of those students. Maduma shared her inspiring story and goals with people all over the world via Twitter and email, which inevitably lead to a number of re-tweets and, eventually, some generous donations from kind strangers. Over the course of a few months, she managed to raise a total of R62,545 to put towards her studies in 2020.

Another student who managed to source financing in this manner was Itumeleng Legoete. He succeeded in raising in excess of R150,000 back in 2017 using the student crowdfunding platform known as ‘Feenix‘. He has since graduated from Wits University debt-free and is now working as a candidate legal practitioner at a reputable firm in Johannesburg. Furthermore, now that he is earning his own money, he has returned to the platform that helped make his dreams a reality. He is now a funder through the Feenix Pay It Forward platform.

“I consider it proper to help lift another student from their inability to fund their education by paying it forward,” said Legoete.

Feenix makes it easy for students to register and tell their stories. In order to register, students need to:

The platform was launched in June 2017 as a response to the #FeesMustFall movement and has since helped hundreds of dedicated students raise the funds needed in order to attain their study goals.

Perhaps it is time to crowdfund your own tuition fees?