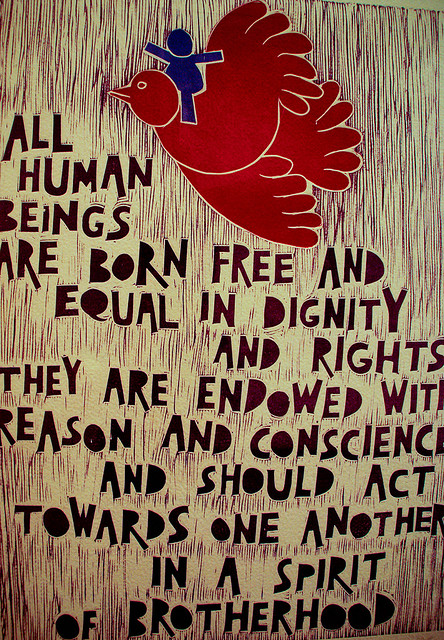 When Thomas Jefferson said “All men are created equal,” it was a statement that went down in the history books for its greatness. This phrase speaks of freedom and social justice, and has been quoted over and over again.

What most people don’t realise, though, is that Jefferson was not speaking about everyone. Women were not included in this statement, for example. Furthermore, when he said “men”, he meant white men, who were landowners. In the 1700’s, when Jefferson made this statement, women and black people did not have equal status.

The human race has come a long way since then, fortunately. Our South African constitution enshrines the right not to be discriminated against based on one’s ethnicity, gender, religion or sexual orientation. But prejudice and discrimination still happen, to some people more than others. Why is this?

Sociologists talk about social identities, and how some identities are more privileged in our society than others. Because of the legacy of Apartheid, white privilege still exists in South Africa today, as well as male privilege. Privilege is usually invisible to the people who have it, however, so it’s difficult to tell someone that they are privileged.

There are many social identities. We each have a number of them, and they intersect in different ways. Think about someone who is white, and male. He has certain privileges in that he is not likely to be oppressed or discriminated against because of his race or gender. But what if he is gay? Because our society privileges heterosexuality, he may experience prejudice or discrimination at work or at university, or even in his own family.

It’s interesting to think about what social identities we have, and how they intersect. Remember, no one has the right to discriminate against you because of your religion, gender, ethnicity or socioeconomic status. Know your rights!