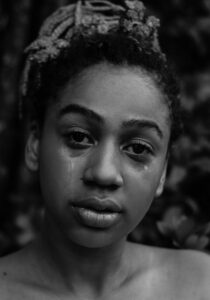 Gender-Based Violence (GBV) is running rampant in South Africa. The Crime Against Women in South Africa Report released by Statistics SA, highlights the terrifying fact that femicide is 5 times higher in South Africa than the global average. Further to this, there are an estimated 110 rapes in our country every single day – and these are just the rapes that are reported to the authorities. Our country also sees around 56 murders each day – and close to 20% of those killed are women and children.

The numbers are shocking, to say the least. If you are a parent to a daughter, there is certain be a very real fear that she might be next. The best thing that parents can do is to educate their daughters in terms of how to protect themselves, both from strangers and their intimate partners. Yes – a significant portion of GBV takes place at the hands of victims’ boyfriends or husbands in a domestic setting. More than half of all women murdered in SA in 2009 were killed by their partners.

The different forms of Gender-Based Violence

Gender-Based Violence can be directed at women and girls by strangers who do not know them, but who seek to rape, hurt, or rob them. As such, all females need to be taught proper self-defence techniques and avoid walking alone in public, especially at night.

GBV also takes the form of IPV, or Intimate Partner Violence. This can include physical, emotional, or sexual abuse carried out by the victim’s intimate partner. IPV is a type of Domestic Violence; however, Domestic Violence also includes violence against children or other family members inside the home.

It is vital to teach your daughter how to react if she ever finds herself in a situation where intimate partner violence is likely to take place. The first step is to contact an appropriate helpline (see below) so that professionals can advise you in terms of how to take action. It is important that the person removes themselves from danger as soon as they can, and that they find a safe place – either at a friend or relative’s property or at a shelter.

How to seek help

Parents need to ensure that their daughters know when and how to seek help should they ever fall victim, or fear falling victim to any form of GBV. They should know how to contact their closest police station, and always have the Gender-Based Violence Command Centre (GBVCC) emergency number on hand: 0800 428 428. The GBVCC also supports a “please call me” facility: *120*7867#.

It’s time we talked to our boys, too

It shouldn’t only be the parents of daughters who are having these heart-wrenching, awful talks with their children. Parents raising boys need to have similar intense conversations and do their part to ensure that their sons have ample respect for women, their rights, and their choices.

It is not enough for women to simply ‘be more careful’. We need to be teaching our boys to be good men.