How to score bursaries from SA’s top Universities 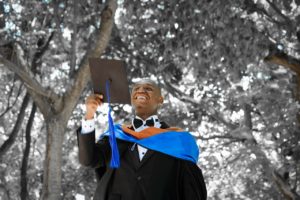 Hard work pays off. If you do not qualify for free tuition, here is exactly what you need to rack up in terms of your matric results in order to score a bursary from one of South Africa’s top universities.

Universities will calculate a point value for each individual learner based on two approaches. Most universities make use of the Application Point Score (APS) system which allocates point values to levels of achievement obtained in final matric results. However, there are a few tertiary institutions that calculate point values using the student’s overall average in all their subjects.

Wits is undoubtedly one of the most highly respected universities in South Africa, making it one of the most sought-after too. If you’d like to score a bursary to study at Wits, you will need to achieve any of the following:

The University of Pretoria awards bursaries according to a student’s overall average, and bursaries are different from faculty to faculty. The great news is that prospective student’s need not apply for bursaries – they are automatically awarded to qualifying students upon registration. In some faculties, there are bursaries available for averages from 75% and up. The higher the average, the higher the bursary amount awarded.

The University of Cape Town follows its own unique set of criteria for bursaries and, similarly to UP, they are automatically awarded to qualifying students. The university is known to allocate around R8,000,000 in scholarships and bursaries to first-year students, with each individual bursary ranging from R20,000 – R40,000.

Rhodes works according to the APS system, with bursaries varying from faculty to faculty. Having said that, in most cases, if a student’s APS score is between 53 and 56 points, he or she will be awarded a bursary that covers the full cost of his or her tuition.