How ‘Dry January’ Will Benefit Your Health AND Your Bank Account 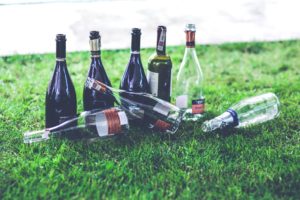 They call it Janu-worry for a reason! After an overly-festive festive season where the drinks were flowing and expensive Christmas presents were abundant, money is sure to be tight come the new year. All the more reason to join the millions of Dry January participants from around the globe – for both your health in general and the health of your bank account! Here is what you need to know.

What is Dry January?

Dry January essentially revolves around giving up alcohol for the entire month of January. It first became ‘a thing’ in 2012, and has since sky-rocketed in popularity. Participants have increased from around 4 000 in total when it first began to over 4 million taking part in the UK alone as of 2018.

What are the benefits?

There are countless benefits to embracing Dry January. For many, it is the promise of amazing money savings which motivates them to abandon the booze for four weeks. This money-saving benefit comes at the perfect time when most individuals are struggling to get through what is often deemed to be ‘the longest and leanest month of the year’. Just think about how many times you would ordinarily go out for drinks or spend money on a six-pack of beer each and every week – and then consider how much it would help to actually hang onto that money and put it to better use instead. For most, that’s inspiration enough to give Dry January a go.

According to UK-based participants who were surveyed by researchers from the University of Sussex, other benefits of Dry January include better quality sleep and weight loss. The results of the survey were as follows:

A whopping 88 percent also claimed to have saved a substantial amount of money in the process.

How to get involved

Getting involved in Dry January is really as easy as stopping drinking from New Year’s day onwards. After the party that you are certain to enjoy the night before (perhaps a little bit too much), you will probably be all too willing to get started! However, don’t forget to follow the movement’s official Twitter account (@dryjanuary) if you are looking for tips, advice, and a sense of community by chatting with other participants. Good luck!