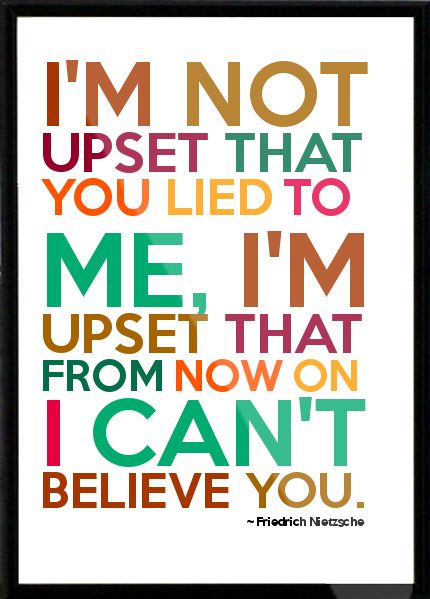 Although honesty can sometimes feel like a rather old-fashioned concept, the truth is that it’s hard to trust someone or get close to them if you’re always worried about what they REALLY think, or you’re trying to remember what lies you told to and to whom.

On the other hand, when we’re consistently honest, whether it’s convenient or not, people feel safe around us and they let us into their lives. That’s important in both personal and work relationships – being able to rely on our colleagues to speak the truth is the basis of a great working team.

What about when it’s difficult?

It’s not always easy to be honest, either because it could make us look bad or because we may hurt someone else. In those cases, just blurting it out isn’t the answer. Luckily there are ways to speak the truth that are more constructive than others.

Separate the specific issue from the person

Instead of being vague and blaming your feelings on someone else, be specific about the problem and the effect of it. For example, instead of saying, “You make me angry,” try “When you don’t listen to what I’m saying, I feel like you don’t care about me”.

Be kind and phrase it positively

When we speak positively, people are more able to take in difficult information without getting defensive or angry. For example, “That outfit doesn’t do justice to your best features” is far easier to hear than, “You look terrible in that outfit”.

The hamburger technique involves sandwiching a meaty bit (the hard part) between two fluffy buns. Start by saying something to empathise with how the person is feeling or show your support, then offer the hard truth before closing with something else positive. For example, “I can see you’re really upset that we haven’t been spending much time together lately and I don’t blame you. I’ve been putting all my attention into studying, and I’m going to need to keep doing that for a while if I want to pass my exams. In the meantime, how about we chat regularly on the phone and plan the amazing party we’ll have as soon as exams are over?”

Using these techniques, you can say just about anything constructively if you take the time to think about it first. It truly isn’t what you say, but how you say it.