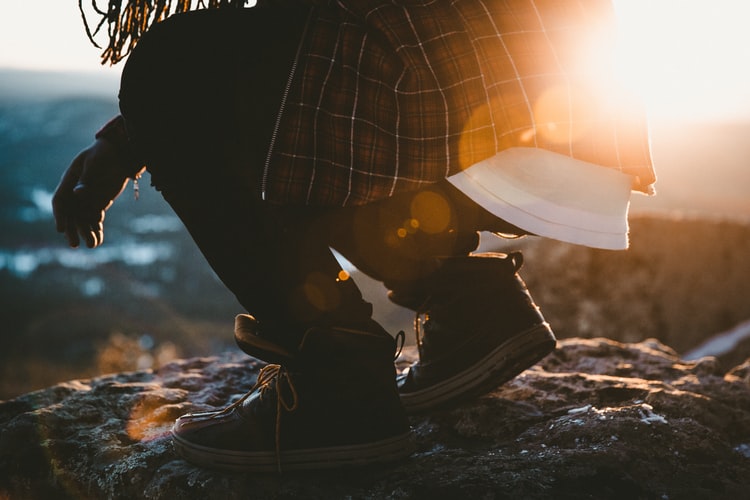 Grunge – like the name suggests, is messy and imperfect. Yet somehow, it’s a style that works! We’re looking at grunge culture, how it all began, and the key elements of the movement in fashion and music.

What is grunge culture?

Grunge culture is a counterculture. It began in Seattle, USA in the late 1980s and early 1990s, spreading like wildfire over the entire globe! As a counterculture, it developed as an alternative to the polished and perfect trends in fashion, art and music.

Music is where it all began, with bands such as Nirvana and The Smashing Pumpkins. Influenced by punk rock, it was a desire to ‘rebel’ against mainstream music combined with a lack of high-tech resources. It created a sound that was grittier and rawer than anything anyone had ever heard before.

Grunge style evolved into fashion too, where ordinary, comfortable, down to earth clothing was favoured over glitzy, glam styles.

Grunge fashion in a nutshell

Comfortable and a little bit messy – that’s grunge style. Blue-collar workwear such as jeans and plaid shirts. Add a loose cardigan, and you have the key to achieving a grunge look. If you’re going for grunge, pair any outfit with leather workboots. (Especially Doc Martens). The more worn the leather, the better!

Grunge is also budget-friendly fashion. The best vintage style outfits are in second-hand shops. In fact, thrift shopping does epitomise grunge fashion. Old leather jackets and threadbare jeans are a must.

Another important element of grunge fashion is combining the unexpected. For example, a flowing, floral dress with distressed leather boots. Or messy hair with heavy, black eye makeup.

Grunge hair is generally long, loose and messy. It’s left to be in its natural state! A popular grunge hairstyle for guys is jaw length, but un-styled so it looks like it’s ‘grown out’ of style. While long hair is the most typical grunge look, some women opt for short, tousled pixie cuts.

What happened to grunge?

The original counterculture. Grunge became so popular that it was picked up by the mainstream. The result is that much of its initial rebelliousness was lost. But it’s still around today, and we see its influence everywhere. Grunge culture made it OK for celebrities and music gods to step down from their pedestals., to be in ordinary, everyday fashion. It also created an ongoing trend (that still pops up from time to time) for a messy, imperfect look.

And thanks to grunge, plaid shirts and jeans will never go out of style!