Femicide and Xenophobia: are we making progress? 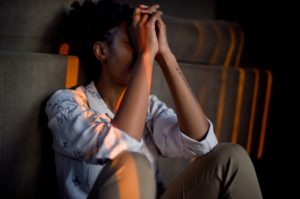 To put it mildly, South Africa has seen plenty of unrest over the course of the past few weeks. The country has been forced to face up to a multitude of problems, including femicide and xenophobia. While there is certainly no denying that SA has a long, long way to go in terms of resolving these issues, there has been some positive progress made.

Men are standing up

With countless senseless murders of women taking place every single day (statistics show that a woman is murdered every three hours in SA), men are standing up and taking accountability. It is becoming both evident and accepted that this is an issue that only men can truly change.

Bruce J. Little, a South African male, had the following to say on social media:

“What is wrong with us, men?

Brutalising and slaughtering our own women and children without remorse. Sitting in the dock with sick smiles on our faces, unafraid of the consequences of our sick actions?

How have we severed our own hearts? How are we so inhumane? What has happened to us? What’s wrong with us, guys?

We are all implicit in one way or another if we don’t do something. Wailing a pathetic chorus of “not all men” is NOT the solution. Why be defensive towards women? Focus on the problem. The problem is MEN! It is our problem. We are the problem.

We are killing those we love the most, and as men, we are slaying one another even more unflinchingly.

Life is cheap to a man, even his own when he faces a life behind bars at the mercy of other merciless men for the rest of his miserable existence.

Not “all” men? Even if it was only ONE man it would be all of our responsibility. But there are many of these terrible men doing horrific things! Stadiums-full of rapists and murderers. How does this excuse serve you or anyone else?

This affects ALL women and children, so it is the responsibility of ALL men!

I take responsibility. I know this is work that I must do. I know, because I am a man!”

South Africa is becoming widely known for its xenophobic behaviour, and this year has been no exception. In fact, the hatred of foreigners led to several deaths and property damage over the last few weeks. Many locals have taken a stand against this behaviour, urging other South Africans to curb their actions.

“What we have seen in the past few days is unacceptable. The attacks on foreign nationals and their businesses are purely xenophobic. It is a violation of human rights and a violation of our Constitution. Our Constitution enshrines the right to freedom from all forms of violence. That right applies to everyone in South Africa, whether citizens or not,” said IFP president emeritus and traditional prime minister to the Zulu nation, Mangosuthu Buthelezi.

It has become increasingly obvious that the only way in which our country’s problems can be solved is for us all to take responsibility and band together to move forward, making better choices every day. If we are indeed able to do this, even in the face of adversity, there is still hope for our beautiful rainbow nation to grow and thrive.