Dance Crazes and You 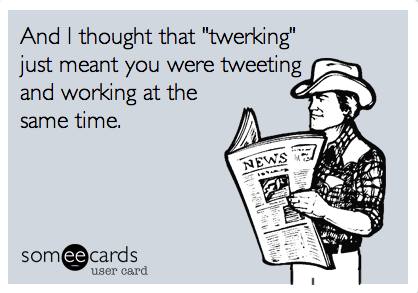 Dance trends have been around since people started dancing. But somehow, they’re always super-cheesy. Maybe it’s the regimented way they’re performed, with everyone doing the same moves at once. One thing’s for sure, you wouldn’t be caught dead doing one of these dances when you’re out and have your eye on that hot guy or girl.

They’re fun though, when performed in the privacy of your own home or res. And there are so many of them. Let’s take a look at some of the more recent ones.

The Macarena
Not so recent anymore, this quaint relic of the 1990’s was inescapable for about a year. It was everywhere – sports matches, student clubs, even the waiters at Spur used to do it. The song was written by Spanish lounge act Los del Rio, who had been playing since 1962 without ever having a hit. Thank goodness for the Macarena!

The Ketchup Song
This ridiculous dance also had a Spanish, or rather a Spanglish, flavour. Girl group Las Ketchup made millions when they released this simple pop tune, and the rest of the world had to suffer for a year. Maybe you did the Ketchup Song dance with your friends when you were at school. Then you grew up. Hopefully no one kept any videos!

Gangnam Style
Korean artist (or practical joker?) Psy caused a splash when he released this song, with its bizarre accompanying music video. Strangely similar to horse-riding movements, the dance moves are cheese ball deluxe, but, needless to say, the public loved them and Psy got very, very rich.

The Harlem Shake
Remember when the Harlem Shake took the internet by storm last year? Sure, it was fun to watch people jerking their arms around and twitching their bodies on YouTube, and the dubsteppy beats were pretty cool, but you wouldn’t be caught dead doing the Shake at the club.

Twerking
Love it or hate it, it looks like twerking is here to stay. What do you think of it?