Cyberbullying: How to Protect Your Teen 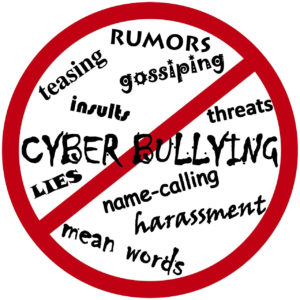 Cyberbullying is a scary reality that most parents of today never had to deal with when they were teenagers themselves. This can make it challenging to know how to protect your young adult from its effects, and how to help them cope if they are ever targeted. Here is everything that you need to know.

Cyberbullying refers to bullying over the internet. Statistics say that at least half of all teens have experienced it either once before or on a regular basis.

Cyberbullying can take many different forms. For example, it may include sending nasty messages to another person via social media, often using a fake profile. It can also include using the internet to spread rumours, or even creating a fake profile of someone and pretending to be them in all online activities in an attempt to harm their reputation.

How serious is it?

Pretty serious. As mentioned, it is affecting at least 50% of teens, with 25% claiming that they are being bullied online frequently. Even more worrying is the fact that over half of the teens who said they had been cyberbullied also said that they didn’t tell their parents when it was taking place.

Furthermore, cyberbullying has been reported as the main culprit behind teen suicides in many different cases over the course of the last 10+ years.

How to prevent cyberbullying

Unfortunately, the only way in which to prevent cyberbullying completely is to stop your teen from having access to the internet – which simply isn’t practical nowadays, especially once they leave high school and move on to varsity.

The next best thing that you can do as a parent is to encourage your child to come to you if ever they are targeted.

Along with this, it is important to educate them regarding safe online practices. For instance, they should never share their social media passwords with anybody, not even their closest friends. They should also avoid sending any pictures or texts that they wouldn’t want the world to see.

What to do if your teen is being bullied online

Firstly, avoid retaliating. Take a moment to digest all of the information available. If your child knows who is behind the bullying, approach their school and report it. If your teen is already out of school, encourage him or her to calmly confront that person and attempt to resolve the situation. It can be extremely helpful for parents to aid their teens in stepping away from the online world for a little while, too. Often, if teens don’t react to the bullying that is happening, the person behind it will get bored and move on.

Finally, instruct your teen to block the bully and to save any messages or correspondence as evidence that could come in handy later. How far you can take things will depend on the severity of the cyberbullying. In the instance that direct threats have been made, you are well within your rights to report it to law enforcement.

Ultimately, the best approach to take when it comes to protecting your teen from cyberbullying is to empower them to protect themselves through smarter, safer online behaviour.