Beliefs Around the World 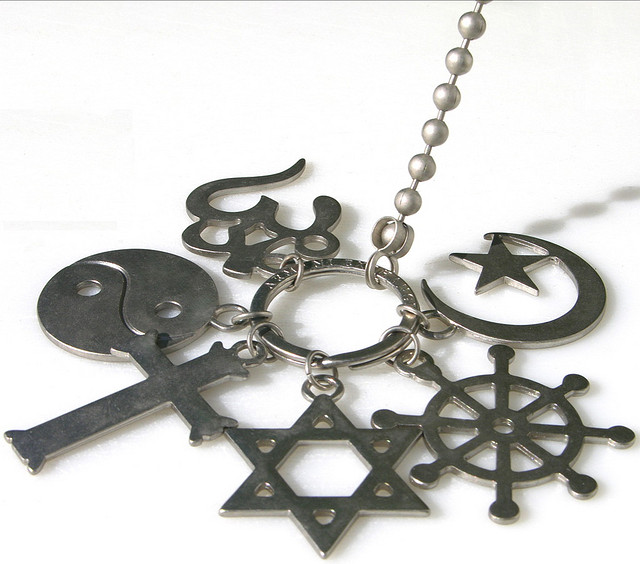 At varsity, you’re likely to meet people from diverse cultural, linguistic, ethnic and religious backgrounds.  Your institution may also have an exchange student programme, which will bring you into contact with people from other countries, sometimes from the other side of the world. Cool, right?

Here’s a guide to some of the religions, philosophies and belief systems you’re likely to encounter at university, so you don’t go in blind when making friends with someone who holds different beliefs to you.

Islam
About 1.57 billion people around the world are Muslim.  People of the Islamic faith believe in one God, Allah, as written in the Qur’an – the holy book of Islam – and follow the teachings of the prophet Muhammad.

Buddhism
Between 350 and 550 million people around the world are Buddhists.  Buddhists follow the teachings of Siddhartha Gautama, known as the Buddha.  He is regarded as an enlightened being whose teachings help relieve human suffering.\Humanism

Between four and five million people around the world are Humanists.  More a philosophy than a religion, Humanism or Secular Humanism rejects superstition, pseudoscience, and religious dogma in favour of social justice, ethics and reason.

Hinduism
Followers of the Hindu religion make up about one billion of the earth’s population.  Hinduism includes the traditions of Vaishnavism, Shaivism and Shaktism, and a broad spectrum of moral teachings, but is more a philosophy and intellectual point of view than a set system of beliefs.

Judaism
About 14 million people around the world follow the Jewish faith.  Jewish people believe in one God, as written in the Torah – the holy book of Judaism.  The movements and forms of this religion are diverse, including Orthodox, Reform and Conservative Judaism, among others.

Christianity
Around 2.2 billion people around the world believe in a Christian God and follow the teachings of Jesus Christ as written in the Bible, in the New Testament.  Most Christians refer to Jesus as Saviour of Messiah, as they believe he is the son of God, sent to earth to save humanity.  There are many denominations within the Christian faith, the largest groups being Protestantism, Eastern Orthodox and Roman Catholic.