Be a thought leader 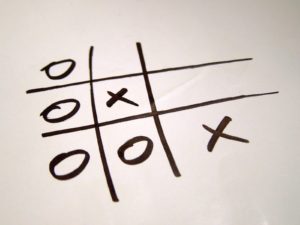 Building your career among the workforce of the future

The idea of waking up someday to robots and machines doing human chores is perpetuated by science fiction movies. What they don’t tell you is that automation is not a challenge for the distant future out there; it has begun and is rapidly accelerating.

It starts between the ears

While automation may be viewed as a process that takes place “out there” and the change may not be within your control, you need to first adjust your mindset.

Future careers are not static. It is not like studying to be a dentist and doing that one job for the rest of your life. You need to adopt a non-static approach, realising that the entrepreneurial skill set and industry that you now thrive in may be replaced by another in the not so distant future.

This may result in [minor] changes, such as learning how to operate computerised dental surgeries; or perhaps even being prepared to make drastic changes. For example, with cars being automated and self-driven; this does not just replace the work of redundant drivers but lots more.

Think of the legal implications and opportunities — for example, the legal consequences of who is held liable in the case of an accident with a self-driven car. Think of all the specialised people who spend their days conducting blood tests on human drivers involved in crashes; this may not be needed with self-driven vehicles.

What implication do self-driven cars have on the current road structures, the traffic lights, the seating arrangements of the car now that you can add an extra passenger? Where are the engineers and designers to spearhead this technology? Where are the actuarial scientists to envision such a future? Where are the testers and researchers who can research such piloting before they are fully rolled out?

Be a thought leader

Cultivate an eye that sees opportunities. Many will just see threats, without identifying opportunities. Cars are already so synchronised into apps and generating a personal touch, what about programming cars to sync with thoughts and give predictive “emotive features”? Ask yourself how society can move from good to great.

Dare to disrupt every sector

Many were in disbelief at the prospect of unmanned check-out counters at shopping malls and other places, such as hotels and reception areas. The question was with machines replacing human jobs, what would happen to the masses of displaced workers?

Look at the future of farming; machines and technology are planting faster, reaping more and using less water and soil. Fewer people will be required to operate farms, and it will reduce costs and produce greater harvests. Thought leaders need to innovate creative outlets where people can work, but for the most part, only the ones willing and ready to learn new skills have a shot at survival.

Only those who dare to redefine employment and their market value will remain relevant. Don’t hang on to titles and redundant jobs for too long. Flourish even amid a technological change in our midst.