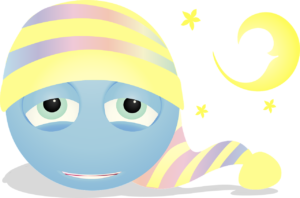 Do you struggle to focus? Are you forgetful? Do you feel like your brain is all fuzzy, and some days you just can’t think properly? You could just be tired from too many late nights. But these are also symptoms of ADHD or sleep apnea.

Many students simply dismiss brain fog as the result of being stressed and overworked. But it could be something more serious. So if you are constantly feeling tired and unfocused (and it doesn’t get better after a good night’s rest) then you should speak to your doctor.

ADHD (attention deficit and hyperactivity disorder) has a reputation for affecting young kids, but it is actually quite prevalent in adults too. It can also appear without symptoms of hyperactivity (in which case it is called ADD).

ADHD or ADD symptoms include an inability to focus, forgetfulness, and feeling ‘wound up’ or overstimulated. These conditions must be diagnosed by a professional after a thorough diagnosis and are treated with medication

How is ADHD linked to sleep apnea?

ADHD and sleep apnea are not the same thing, but the symptoms are similar. As a result, you may be diagnosed with ADHD when the real cause for concern is sleep apnea.

Sleep apnea causes chronic tiredness, which can make you forgetful and affect your ability to focus. It is a sleep disorder, where your breathing stops and starts multiple times during the night as you sleep. It can be caused by many things, but is usually related to throat or nose infections that block the airways as you sleep.

When to seek help

You should speak to your doctor about getting tested for ADHD.

If, in addition to the above symptoms, you:

Then speak to your doctor about the possibility of sleep apnea.

Above all, remember that your health is important. Don’t self diagnose or use Doctor Google! If you’re worried, speak to a healthcare professional and get the right advice.